One of Wizards of the Coast’s “legacy” supplements, the book Ghosts of Saltmarsh is a setting guide and compendium of several classic adventures, guiding players into a campaign of sea-faring, mystery, and sometimes even horror. But what’s to know about this sea-shanty town? What sort of theming should you be going for with this adventure? Let’s dive in and explore.

The Forgotten Builds focuses on the design and aspects of locations, adventures, and other notes for the modern Forgotten Realms setting published for 5e, and how to make those locations more enticing, fun, and usable for your table. This blog originally appeared at Worldcraft Club, but has been republished here.

Sometimes, an idea that is implied is stronger than one expressly stated. But in the fine print, you’ll find that something implied may be too vague to give any weight or value. Last time when we looked at a setting, we examined Phandalin and how it was a perfect cookie-cutter town that could be dropped anywhere in your campaign or world. Its identity is simple, and the scale is manageable. In the more recent Ghosts of Saltmarsh, the fishing town of Saltmarsh is exciting and full of adventure, but a lot more of the potential with the town is implied, often lost in lacking a storyline and drowning in the waves of spooky tales and sea-faring mechanics. There are, however, a few things a dungeon master can do to reel in some of the lost potential and turn it into something worthwhile.

Saltmarsh, from an official lore standpoint, has no specific location within the world. Part of the reasoning for this is to try and give dungeon masters more power and flexibility to place the adventures associated with the town to where they want the party to encounter them. Another reason is that Saltmarsh isn’t even in the Forgotten Realms. No, Saltmarsh is originally part of the Greyhawk setting, Gary Gygax’s biggest swing into a high fantasy world. While fantastic in and of itself, Wizards of the Coast puts a note towards the beginning of the book that Saltmarsh is only vaguely in one region of Greyhawk, and that it can really be put in any coastal area of the D&D setting of your choice.

This is where we start having problems for applicability with worldbuilding.

The supplement does not give information on how to establish tone, environment, or background for the area. While this leaves a lot of room for flexibility, it doesn’t give the DM very many tools to actually place the location into their world meaningfully. A lot of the descriptions of the local area include details that are important for theming and setting up your adventures, but it requires a lot of detailed reading and putting together ideas on the DM’s end.

Starting worldbuilding, where are we?

Aside from the town of Saltmarsh, the surrounding landscape sets a large sense of tone and environment. It’s hard to grasp from the top-down maps, but Saltmarsh is set upon a fairly wavy, hilly terrain. The town is on fairly steep hills that overlook a thin bay. If you want a good mental image of what this location may actually look like, consider finding images of towns on the water in England. The initial Sinister Secret of Saltmarsh supplement was written by Dave J. Browne with Don Turnbull of the United Kingdom, so it is likely that their original imagining of the landscape was inspired by the English coasts.

Surrounding Saltmarsh, there is a barrier of low hills and then three locations of spooky, creepy darkness. The Hool Marches, the Drowned Forest, and the Dreadwood are all three locations infested with demons, undead, giant insects, and other dangers. There are many elements of horror and creepy darkness. Then of course, you have the sea. Saltmarsh actually works well on top of any body of water, be it a river, lake, or the sea. It would make some of the sea-faring adventures a bit tougher to set up if you set the location on freshwater, but dare you must, it’s very possible to overcome the troubles associated with that decision. Saltmarsh also has been a central spot of fishing and sea-faring culture for as long as anyone can remember. Aside from the derelict buildings filled with old-wives tales and rumors, the surrounding area also has a lot of potential encounters and sunken treasure. You can find more details of those in the appendix of the book, and they’re absolutely worth going over.

The Age of Saltmarsh 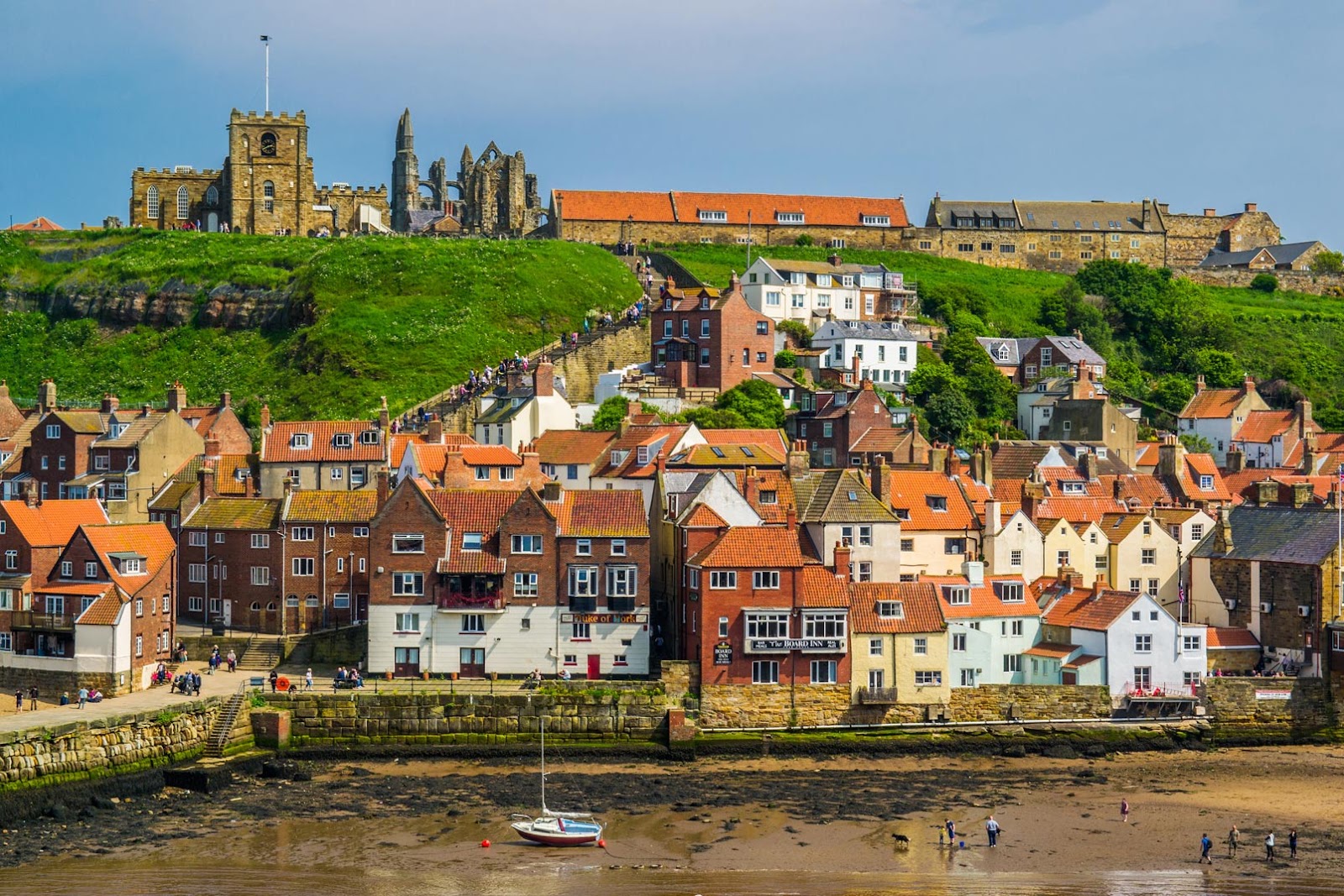 The town itself has some hints and clues of how to tie the location into your world. Speaking about the town’s age, Saltmarsh is an old town. How old? It’s hard to tell. Frankly, the locals of Saltmarsh are more focussed on catching fish and making a living, rather than being historians and thriving on the past.

There’s a couple of notes from the book that does give you clues to the age of the town. For starters, you have the ruins of an old stone wall that encircles the town among the hills to the north. The wall, a bridge in the town, and some of the buildings show signs of a previous age from long ago once existing here, but something ended that age, and thus the new town of Saltmarsh was founded on top of that lost history. There are also two notable locations with pre-kingdom happenings: the bridge, and the standing stones. Both these locations have odd happenings associated with them, with no solid background on why they exist. The bridge, for example, makes anyone of fey relation feel nauseated. The circle of stones also has a background story of its own that is tied to before the area was settled, but I’ll let you read that for yourself in the book! The buildings of the town mostly have a sea-faring aesthetic, whereas some buildings are built from the hulls of retired ships, and others are decorated from the used gear of these vehicles. The buildings definitely feel “established”, in that they’re not decayed and unattended, but they have been around for a long time. While this allows Saltmarsh to be a good resting place for both sailors bludgeoned by the sea, and explorers haunted by the surrounding landscape, it allows for the whispers of ghosts and hauntings to thrive in this environment.

A major challenge for Saltmarsh is nailing down where it can be placed in your world. Frankly, the light worldbuilding makes this a difficult task in some ways, but makes it really helpful and interesting in other ways. If you want some backstory and lore, you’re going to need to spend some time reading over each adventure and the town details itself, and then add a lot of details on your end.

The theme of exploration is everywhere in Saltmarsh. The old buildings and streets, the backroom deals and arrangements, the neat villagers, the submerged treasure under the water, and the surrounding haunted areas. All of these locations are begging for the players to get out the door and find their own adventure amidst the plot hooks already baked in. Frankly, if a player says “I want to go find buried treasure”, there’s really not much preventing them from finding the information needed to go on a treasure hunt.

With the ability to just get up and have vastly different environments to watch, Saltmarsh is a goldmine for players who want to spend their time exploring the world. If you have curious players that enjoy poking around the lore and environment you created, Slatmarsh will be a great addition, as it acts as a prompt to get your creative juices flowing.

The Bad: Definition in Concepts

Saltmarsh doesn’t have a clearly defined lore around it. Instead, there’s a lot of attempted horror and “scary” factors written in. The issue with this is that horror is a skill to convey narratively. Scary campfire stories are only scary when the right tones, pentameter, motions, and language are used. I can tell you these forests are filled with large monsters with elongated teeth and thin arms, but I’d need to do a lot more work on my part to make it scary. The worldbuilding in Saltmarsh moreso lists the potential threats that are available in these areas, and provides some tips for conveying horror. There’s some potential for someone to really build in some scary stuff, but worldbuilding horror requires some prompts, ideas, and quite a bit of text that can be used to reference what it should feel like. Saltmarsh falls flat in this area.

The Ugly: What Worldbuilding?

Saltmarsh doesn’t have a clearly defined lore around it. It’s built this way specifically so it can slip into your world. The problem is that most of this lore is handwaved as a mystery, simply awaiting a gracious and creative DM with too much time in their hands to work on this puzzle.

Being able to work on the lore and background information is really nice in one respect for a setting. However, there’s not even a portion of this supplement spitballing ideas to the people running these games. It would be helpful from a product standpoint if there was more information about the background, but also helpful if there were even some prompts for detailed backgrounds. Something like “It’s possible the town was once an Elven outpost for sea travels, or a barricaded human fort against the torments of the sea” give just enough information to start that creative process. But no. There’s rarely information like that in the book, and it lacks quite a bit because of it. Some will take this as a challenge, as the rusted, old, sea-weathered framework could actually be a setting that is very inspiring and very neat. However, that  takes a lot of work, and left unattended, it’s going to appear like a mess in your game.

Verdict: Potential for Adventure, With Work

I may have really torn on Saltmarsh here, but it really is an evocative book. It’s inspiring to read the text and get ideas of what adventures would look like or what stories you can spin from the material that’s inside. The issue is it takes a ton of work to really tie everything together. You’re not given many tools, outlines, or underlying worldbuilding text to help you decipher your next decisions or moves for a campaign.

If you’re willing to put in the work, it’s definitely a good book to pick up and run a story out of. If your adventurers stumble into a sea town, it’s also a good book. Just pull an adventure and do some reskinning. However, if you’re running it as-is, then you’re going to find gaps and details that make the game hard to run, and hard to get immersed in.

We’re happy to host guest blogs on here whenever we can, it gives James a break and let’s other people contribute their ideas. Let us know if you have a worldbuilding concept or strategy to get off your chest, we’d love to hear it. 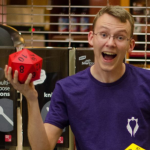 Diving deep into game design theory and how Worldbuilding affects the player experience, Jonathan is our consultant with anything related to Board Games, TTRPGs, and anything else related to the free will of players. While formally playing D&D for just over 5 years, he also began writing and game design since he was 10 years old, so he brings a sense of discovery and wonder to each project, as well as practiced experience to execute world-building at an effective level.